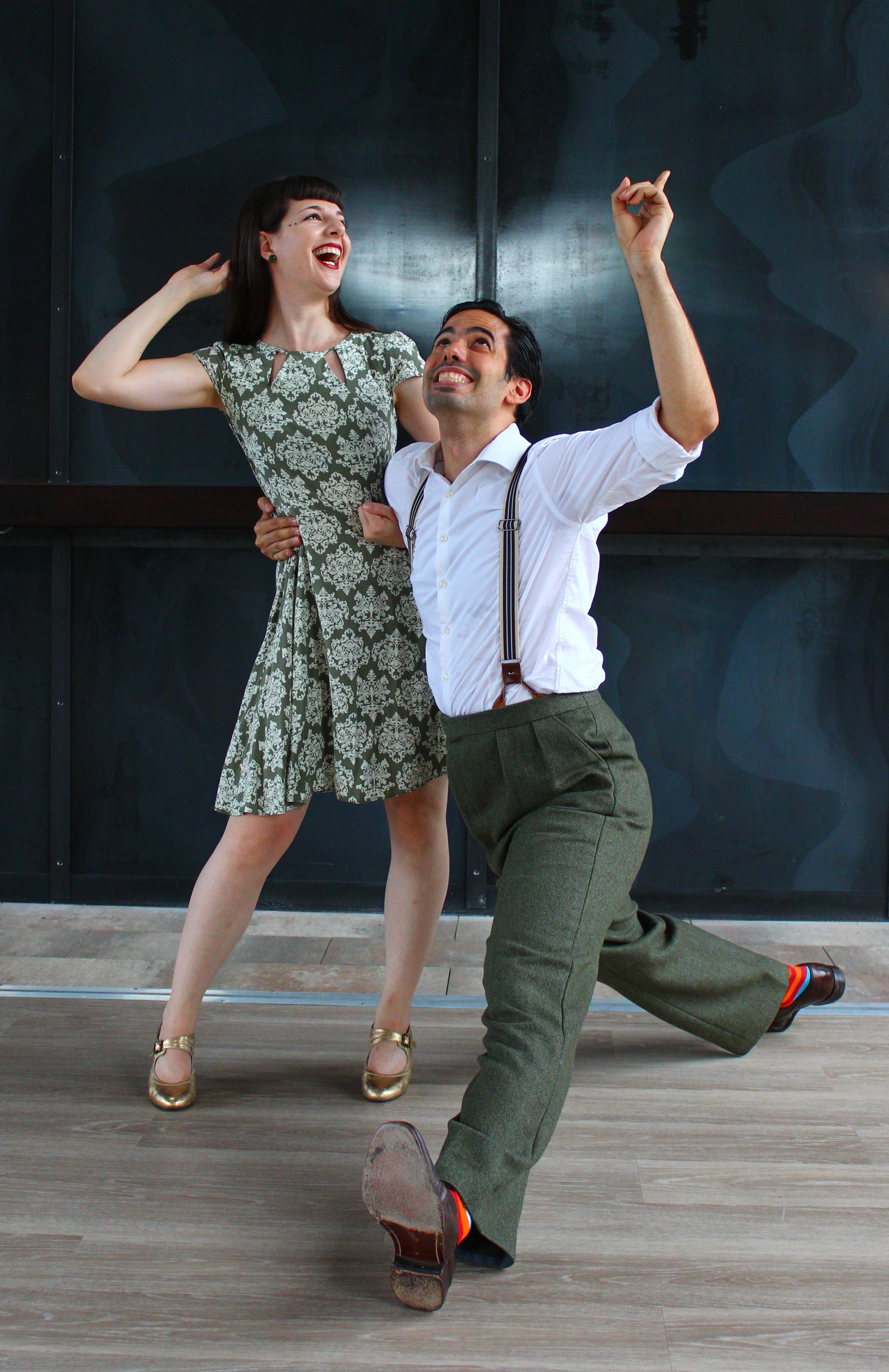 After discovering Lindy Hop in 2007, Eran’s passion for dancing has taken him almost literally around the globe. Travelling for dance and seeking inspiration in his path to finding his own voice on the dance floor has shaped him to be the dancer, teacher and performer he is today. He is one of the co-founders of Holy Lindy Land (now called Swing It!), one of today’s most successful swing dance schools in Israel. In 2013, he came to Berlin, from where he continued spreading his love for the dance. Eran holds several titles in Lindy Hop, Balboa and Blues from events such as the International Lindy Hop Championships, Lindy On The Rocks, Berlin Blues Explosion, Camp Hollywood and the European Swing Dance Championships.

Isabelle was hooked right from her first visual encounter with swing dancing over 10 years ago, after already having been drawn to swing music from an early age. So she based her decision of where to move after her studies on whether there was an opportunity to finally learn Lindy Hop. Her path then took her to Freiburg and shortly afterwards all over its dance floors. She would not miss a chance to learn and try new things, both locally and internationally. Soon, the local dance school became her second home and Isabelle could be found on all Lindy Hop, Balboa or Blues dance floors.

Since 2017, Eran and Isabelle are based in Dortmund. They are convinced that good body movement is vitally important for dancing with a partner. In their classes you will learn how to master complex movements more easily with the help of a lot of humour and examples from our everyday lives. You will also notice that behind Eran’s soft smile and Isabelle’s (at times) stern-looking face there is a devoted teacher couple that will not give up until you feel you really got it.